Form criticism remains a central discipline in New Testament studies.Form criticism is a method of analysis focused on the individual, self contained units of material into which gospels may be sub-divided. It identifies the different ‘forms” or subgenres of literature which appear, and it attempts to describe the way in which these forms developed during the period of time in which they were passed along by words of mouth, prior to writing of Gospels themselves.

PROPONENTS OF FORM CRITICISM IN NT

By 1920, a trio of German scholars namely K. L. Schnridt, M. Debelius and R. Bultman pioneered in the field of form criticism in N. T. At first the English-speaking world were relatively skeptical of this new discipline. But by 1930’s & 1940’s, in , V. Taylor and R. H. Lightfood were cautiously appropriating and advocating many form critical principles in their work.

K. L. Schmidt:- In his work “The Frame Work of the Story of Jesus” argues that the Synoptics are Mosaic like collections of the short episodes from the life of Jesus which are linked by a series of bridge passages provides chronology, geography and movements of life of Jesus from the earthly ministry to his arrest. He also describes a stage between oral transmissions and gospel writings in which similar kinds of forms existed in collections.

M. Debelius:- In his work “From Tradition to Gospel-1919”, he launched form criticism from the N. T. by differentiating six kinds of materials: sermons, paradigms, tales, legends, passion story and myth. These sermons created the socio-logiccal setting (sitz-in-leben) for the traditions as a whole and the ‘constructive” base for discussing Synoptic gospel forms.

R. Bultman:- In his work “The History of the Synoptic Traditions-1921”, he classified the gospel materials into discourses and narratives. For him the Gospels are the early Christian Theology rather than the historical data of the life of Jesus. He expanded the aims of form criticism by seeking to determine the original forms, secondary additions and forms and the result for the history of tradition. His concern was to determine the sociological setting at any particular time for each passage under discussion.

Form criticism bases its study on several foundational pre-suppositions. All agreed that the teachings of Jesus and the narratives about his life which comprise the gospel were translated orally over a considerable period of time before they were ever written down. They believed that theses units of materials for the most part circulated independently of one another. They affirmed that the closest parallels to the transmission of the gospel tradition could be found in the oral, folk literature of the other ancient, European cultures. They concluded that comparison with these parallels made it highly likely that the final form in which the gospel appeared could not be trusted to supply a reliable account of what Jesus actually said and did. Rather one had to work backward and remove various accretions (matter added) and embellishments which had crept into the tradition and so try to recover the original pure form.

THE FORMS AND ITS USE IN THE EARLY CHURCH

The form critics next frics to determine in which contexts in the life of the early Christian community each of these forms would have been most valued. For example, it is widely accepted that pronouncements stories would have been most used in popular preaching; miracle stories were probably most significant in Christian apologetic against Greeco – Roman beliefs in other divine men or primoral hero’s.  Legends, if it is often maintained, created primarily out of a desire to glorify and exalt Jesus. Sentence of holy law were probably most relevant in setting Church disputes. Parables may well have been transmitted during times of popular story telling. Many forms are not readily associated with just one sitz-in-leben, and most critics agree that this objective is the most speculative of the three.

THE IMPORTANCE OF FORM CRITICISM IN THE SYNOPTIC STUDIES

For a majority of scholars representing a wide spectrum of theological traditions, form critical because the most important modern tool fro gospel analysis. It provides guidelines to interpreting pericopies of individuals. Classification of the gospel pericopies by form also enables one to discern the type of structures and outlines which the four evangelists used. The attempt to assign a sitz-in-leben to each form is well motivated and helpful for exegesis. It suggests that the gospels reflect the nature of the Christian community. Form criticism helps us to see how and why the early Church preserved the materials.

at June 07, 2020
Email ThisBlogThis!Share to TwitterShare to FacebookShare to Pinterest
Labels: IS FORM CRITICISM ESSENTIAL IN THE NEW TESTAMENT SCHOLARSHIP?

Reader-response criticism, in its general form, is defined as a “theory of interpretation that asserts the meaning of a text does not... 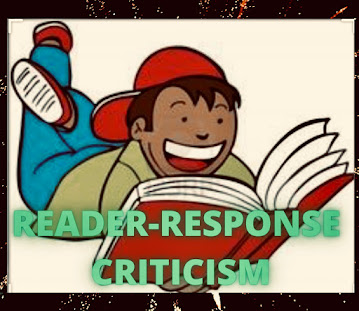